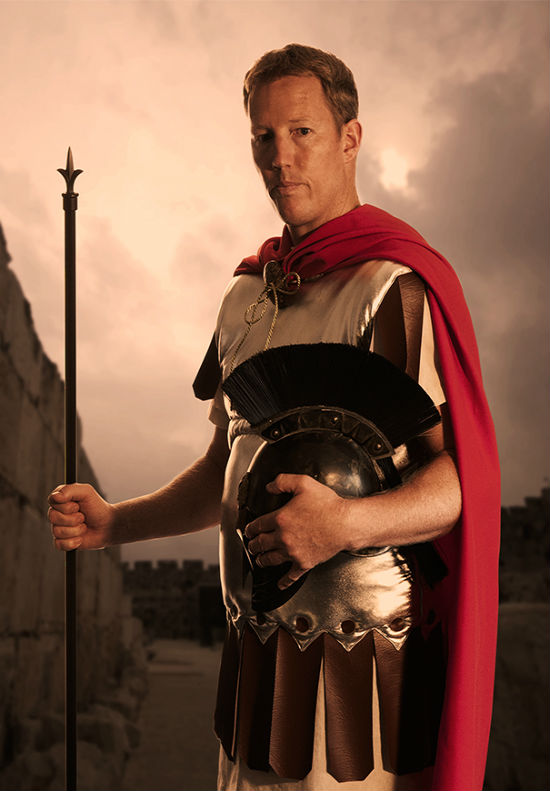 I’m from Rome originally, and now live in Jerusalem, at the Antonia Fortress.

Roman soldiers are forbidden to marry while in military service.

I am a Centurion, a Roman military official in charge of 100 soldiers. I have been posted in Jerusalem to keep the peace and keep an eye on things in

the province. Jerusalem can get very rowdy at festivals like Passover.

WHERE AND WHEN I MET JESUS

I was on duty while Jesus was being crucified.

suffering. After Jesus was crucified, I had to vouch that Jesus was dead to Pilate so that Joseph of Arimathea could take his body to be buried.